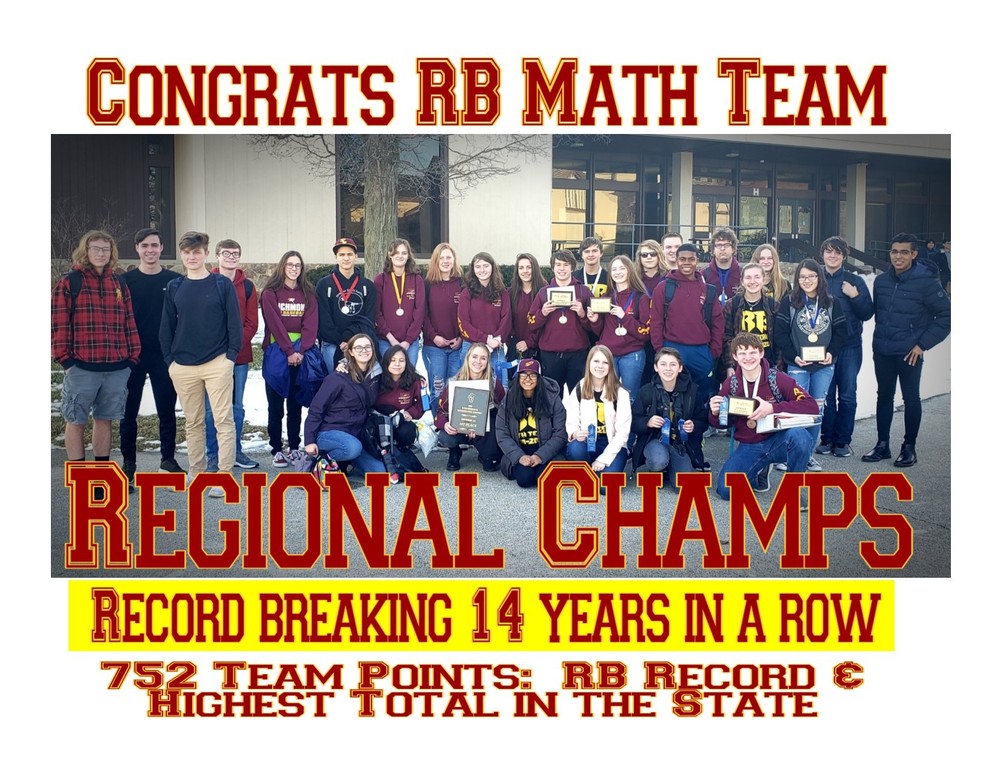 Congratulations to the RBCHS Math Team who won their record-breaking 14th straight regional championship at Rock Valley College. There were 11 teams at this regional and RB took home 15 of the 26 individual medals.  RB also took 1st in nine of the 10-team competitions missing sweeping all ten competitions by one point. The 14th consecutive regional championship breaks Byron High School’s record for consecutive championships they set from 1991-2003. The team’s 752 points beat 2nd place Woodstock North by 285 points. This not only is the highest point total ever for RB at a regional competition, it was also the highest point total in the state. The team automatically qualifies for the ICTM State Math Competition held at the University of Illinois – Champaign Urbana on May 2nd.  Last year they took 2nd place at the State Math Competition.